I was filled with gratitude to be able to perform these types of roles and stories, both because it is an honor to portray the stories of real people and also because my portrayal in these beautiful films are precious records to my own children.

Having appeared in 17 Miracles as Louisa Mellor, and Ephraim’s Rescue intersecting with that story, I was so lucky to be cast as Sister Johnson, a historical character with a tender scene. Sister Johnson’s part of this film occurs at the beginning with the majority of the film being a flashback a few decades. As a result, director T. C. Christensen thought it would work to still cast me as a different character, despite my previous portrayal. I was only on set for a brief part of one afternoon, but I have two stories for you from you this film, one embarrassing and silly, and another because it gave me something to think about.

The story of Sister Johnson is partially lost to history. From what I learned, the story of her passing, her healing, and the prophetic words of Ephraim Hanks were all passed down to our generation through journal entries, though not of Sister Johnson, nor her descendants. The records come from her neighbors and community. I had a lovely conversation on set with Producer Ron Tanner about the importance of journals. We thought about how unfortunate that perhaps Sister Johnson’s modern-day descendants don’t even know about this story as part of their own family history. People who were touched by the story in the film might even be connected to it without even knowing. It made me think about what I preserve for my descendants. Ultimately, on the drive home from set, I was filled with gratitude to be able to perform these types of roles and stories, both because it is an honor to portray the stories of real people and also because my portrayal in these beautiful films are precious records to my own children. I only do work that I care about. Being in Ephraim’s Rescue is not a journal entry, but it is a very well produced record of what matters to me, what makes me.

Sister Johnson died. I had not had extensive film experience in 2012 when the film was shot. This was my first dead character. I was delighted about trying to be still, not show any breathing and still have the chance to have lines. Joshua Cooper was a lovely scene partner. But while Sister Johnson lay dead, the crew attended to every detail of my shroud. We changed out fabrics to what looked best with my form and the lighting. I held so still as someone pressed the shroud gently around my eyes and nose, coached me on the placement of my hands. I love attention to detail and I wanted to do everything just right. I was so still. I was so silent. I also had to stay there quite awhile for different set ups. I didn’t need to step out and much attention had gone to my arrangement so no one asked me to step out.

My thoughts wandered between takes. Eventually, I realized it was practically silent. I could hear some quiet movement but nothing else. I wondered if I missed “rolling.” I did my discrete, dead body breathing. I kept listening for the sounds of actor mourning. I listened for cut. This was an usually long take. Then I doubted. I wondered if it was so quiet because I had been left on set and shooting was done. I’m not sure how long I listened, but I definitely erred on the side of caution. Eventually, I heard a distinctive scrape of something on the floor in the corner of the house we were filming in. I spoke up, asking if I could move. The poor grip that I startled apologized profusely that I had been left there, and told me they were filming outside the house and I could absolutely get up now. I was mortified and blushing, but so was the grip, so I guess we were even. 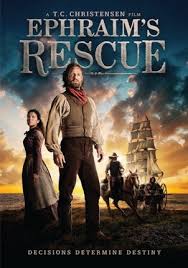 Episode 4: The A in STEAM